Get your child started with STEM Education at home 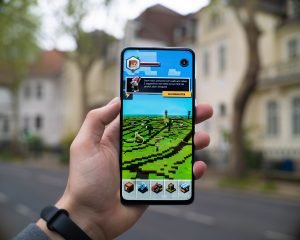 Learn to Code with Minecraft 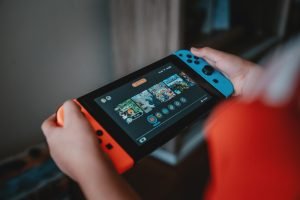 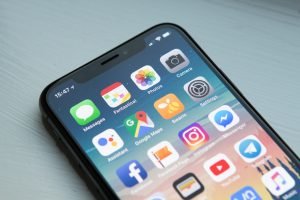 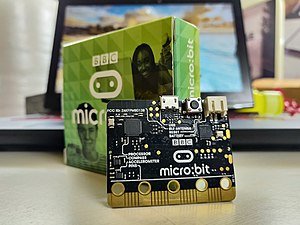 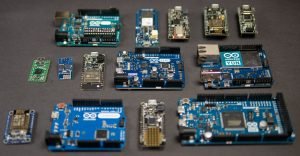 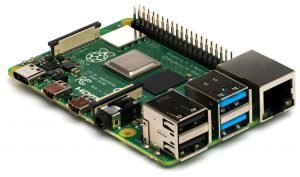 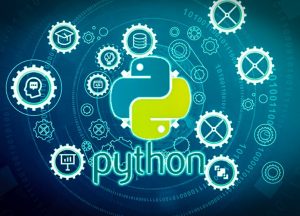 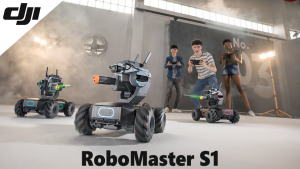 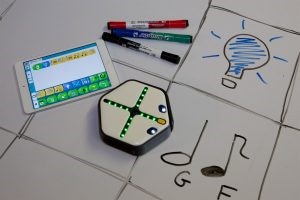 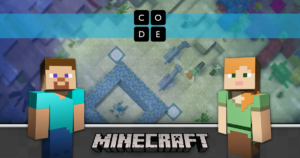 Learn to Code with Minecraft: Hours of Code 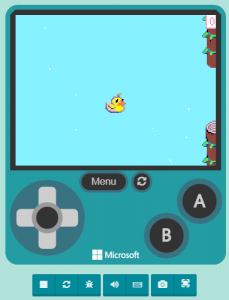 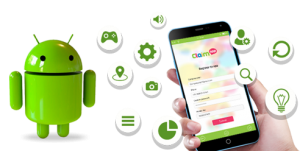 Learning Outcomes for each Course

Learn to Code with Minecraft
(Ages 5 to 8)

Through this course students of all ages will be able to understand the fundamentals as well as get a hands on learning experience with coding and computer science in a supportive environment. The curated curriculum works well for students of any level who are old enough to read along with the help of a dedicated instructor. Participants will learn to code with an easy visual approach that increases organic interest for coding and Minecraft and result in a lifelong interest in learning, making, and creativity. As children build mods and create add-ons for Minecraft, they’ll learn to code, think critically, and write programs. They will see coding as a tool they can use to bring anything in their imagination to life.

Minecraft Code builder offers a great way to engage students in creative problem solving and project-based learning. Code Builder mode in Minecraft: Education Edition will allow students to collaborate, communicate, and can create a sense of classroom environment. Students have the opportunity to learn and get creative to enhance their Minecraft skills. Their mentor will guide them and encourage participation as well as critical thinking during the interactive sessions as a way to use their own learnings from the previous course and work alongside their students to apply new concepts in the virtual space and promote collaboration.

This course emphasizes on developing interactive mobile applications and games through drag and drop programming environment. Students will learn the back-end process of these applications and will be able to build their own. The course is designed to enhance students programming knowledge and imagination through fun filled application and game development.

This course introduces children to the fundamentals of software-hardware interaction trough GUI based programming and plug and play circuits. Students will learn to code electronic gadgets with interactive drag and drop programming, thus building the enthusiasm in children to understand and analyze how technology and gadgets work. A complete hands-on-learning experience that will enhance student’s critical thinking, imagination and decision making skills by building interesting projects and prototypes.

This course introduces children to the world of robotics and automation though electrical circuitry, embedded programming and rapid prototyping. A full-on practical course designed to embed STEM concepts to children through robotics, where students will learn how to develop circuits, build mechanical systems and program to give them artificial intelligence. Students build various robots throughout the course to understand the fundamental concepts and learn how to troubleshoot problems encountered in real time applications of these concepts.

Raspberry-pi (IoT)
(Ages 9 and above)

An advance robotics course that introduces students to Python programming, Embedded systems, HTML (Web page development) and Internet protocols. Through this course students will learn to interact with System on Hand (SoH) devices and gadgets around them through Linux command line scripting and web interface. Students will familiarize themselves with robust industry leading technology and learn to develop innovative turn-key solutions to automate existing technology and gadgets.

Python
(Ages 9 and above)

Learn object-oriented programming language through the most exiting python turtle for children. Let your children learn programming concepts through figures, colours and games. Explore the concepts of logic building with fun-filled and challenging tasks to get your children hooked-up on to the limitless possibilities of programming.

RoboMaster S1
(Ages 9 and above)

Scratch Coding and Animation
(Ages 9 to 14)

Let your imagination run wild in this multimedia adventure. Create your own interactive stories, animated adventures, and games. Learn drag-and-drop programming with Scratch (a project of the MIT Media Lab).

Programming may seem technical but it should also be a blast! Experience a workshop adventure where computer characters are at your command. This Scratch programming course for children introduces our younger students to the essential building blocks of object-oriented programming through creating fun, interactive stories and simple games. Students let their imaginations run wild and learn programming basics with Scratch through interactive storytelling. Children think creatively and learn how to program their own stories, games, and animations, as well as how to share their creations on the web.

Root® is a fun and easy-to-use educational robot that teaches coding, creativity and problem-solving skills to children from pre-readers through high school. Problem solving is as easy as 1, 2, 3.

Creative, analytical, and seriously fun, a love for coding is one of the best gifts you can give a child. The iRobot® Root® coding robot makes learning to code easy and natural. Using the engaging Root™ Coding App, children of any age pick up coding fundamentals while they play, explore, and create.

Learn to Code with Minecraft : Hours of Code

Hour of Code is focused on introducing basic programming skills in a simple, accessible way. The Minecraft Hour of Code takes about 1 hour to complete and will introduce the player to programming logic like Repeat Loops and If Statements.

The player can pick one of three scenarios. In each scenario, there is an objective for the player to complete in order to finish the first level. There are 12 – 14 levels in each scenario, which are more complex the higher the level.

There are 3 scenarios in Minecraft Hour of Code: Minecraft: Hero’s Journey, Minecraft Designer, and Minecraft Adventurer.

In Minecraft: Hero’s Journey, there is an agent in every level. The player can program the agent to help Steve in the levels.

In Minecraft Designer, the player must perform in action on an mob, or have the mob perform an action, in order to complete the level.

Minecraft Adventurer is the remaining scenario for Minecraft Hour of Code. In this scenario, the player must perform certain actions that interact with the world around them, such as shearing a sheep, planting crops, or building a house. This scenario, unlike the previous two, as 14 levels.

MakeCode brings computer science to life for all students with fun projects, immediate results, and both block and text editors for learners at different levels.

Develop your programming skills by quickly creating and modding retro arcade games with Blocks and JavaScript in the MakeCode editor.

Microsoft MakeCode Arcade is a web-based beginner-friendly code editor to create retro arcade games for the web and for dedicated hardware. As usual with MakeCode, you can either use blocks or JavaScript to build your program in your browser. There’s nothing to install – the games will just work in the browser! For even more fun, you’ll be able to build your own Arcade-compatible game systems or buy them from our hardware partners. But just to make it clear: hardware is optional – you can get started playing or teaching using only a computer with a web-browser

We hear all the time that Robots will be integrated into our lives everywhere, whether in hospitals, factories, banks or the agricultural industry. But aren’t we already surrounded by them? What makes the washing machine go round? What makes the light in the refrigerator turn on and the iRobot change direction when it’s facing a wall? Understanding the internal logic of the Robots we already have will help us engineer the Robots of tomorrow.

In our course, Robotics for Children, children will learn to code virtual 3D Robots. Just like using a flight simulator, your child will have a lot of fun coding Robots to navigate various 3D mazes while learning the foundations of mechanics, physics and engineering.

During the course, students will learn and implement the following concepts:

VEXcode VR lets you code a virtual robot using a block-based coding environment powered by Scratch Blocks. VEXcode VR is based on VEXcode. We all know that robots make Computer Science (CS) come to life with real-world applications. Now STEM learning can continue while at home for students, teachers, and mentors with no access to their VEX robots.

No software installations are required. VEXcode VR works in all major desktop and tablet browsers.

Imagine if you can create anything you dream of. Every artist, sculptor, and designer knows the magic of creation begins from the moment an idea takes root. Children are chockfull of ideas, but ideas can only go so far.

Drag and drop blocks together to make shapes. Move. Re-order blocks to refine your design. Run the code and watch your creation come to life.

Using Codeblocks is particularly useful when creating shapes that could take a long time to manually build, such as snowflakes, pillars, plants, and decorative ornaments.

Android App Development
(Ages 9 and above)

Do you have an idea? Build an app and transform your idea into reality.

Coding (also called programming or developing) is telling a computer, app, phone or website what you want it to do.

MIT App Inventor is an innovative beginner’s introduction to programming and app creation that transforms the complex language of text-based coding into visual, drag-and-drop building blocks. The simple graphical interface grants even an inexperienced novice ability to create a basic, fully functional app within an hour or less. Teaching students to embrace computational thinking.

Primary Objectives:
Promoting computer science education – Learning to code prepares children for the world we live in today. There are tons of jobs and occupations that use the code directly, like web designers, software developers, and robotics engineers, and even more where knowing how to code is a huge asset—jobs in manufacturing, nanotechnology or information sciences.

Learning To Code Develops Problem Solving And Computational Thinking Skills – The skills that come with computer programming help children develop new ways of thinking and foster problem-solving techniques that can have big repercussions in other areas.

Coding Is Fun! -Beyond the practical reasons for learning how to code, there’s the fact that creating a game or animation can be really fun for children.

Have your children be prepared for a rapidly changing future that traditional education can no longer keep up with. STEM (Science, Technology, Engineering, Math) education, of which Robotics is a key component, has assumed increasing importance in the last few years due to its forward-looking curriculum and its ability to combine theory and practical based learning.

Engage your children with learning that's also fun. Keep them occupied with a fun-to-learn set of skills and knowledge.

My 7 year old son has been attending a weekly 8 week program working on Lego Wedo. He is really enjoying the program so far and looks forward to his class, where he gets to work on a different robot and do coding for it, each week. My son usually has a lot of challenges, but the staff helped him feel safe in the environment right away and he has been able to focus really well. So far he has learned about sensors, pulleys, axels, and more. Each session is 1.5 hours and the class sizes are very small so he gets a lot of one on one time with the instructor. The staff are kind and competent. I am grateful that I didn’t have to travel downtown to get quality programming for my child.
Kamara Ukachukwu ⭐⭐⭐⭐⭐(Google Reviews)
The teachers at the institute are very nice, and explain the concept very well. Spend a lot of time behind their students, and give all sorts of examples until the students get the concept. Would definitely recommend this institute for learning any sort of high/ school courses, coding, and build robots.
Kaazim Patel ⭐⭐⭐⭐⭐(Google Reviews)
Awesome place to send your child/children they learn a lot and they offer a variety of different programs:(tutoring, Robotics etc )just to name a few, my son enjoys going there and even when school’s out, one can always count on them to send your child there to get some activities whether it be teaching of a subject, building robots or fitting up legos!!!
Natasha Robertson ⭐⭐⭐⭐⭐(Google Reviews)
Best place to learn robotics! Had a great hands-on experience making my first 3D print! Extremely knowledgeable and supportive staff 🙂 …can’t wait for another session !
Mitsu Dave ⭐⭐⭐⭐⭐(Google Reviews)